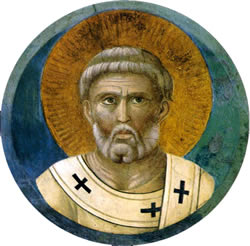 The Epistle to the Philippians, commonly referred to as Philippians, is a Pauline epistle of the New Testament of the Christian Bible. The epistle is attributed to Paul the Apostle and a co-author named Timothy, and is addressed to the Christian church in Philippi. Paul and Silas first visited Philippi in Greece during Paul's second missionary journey, which occurred between approximately 49 and 51 AD. In the account of his visit in the Acts of the Apostles, Paul and Silas are accused of "disturbing the city".

There is a general consensus that Philippians consists of authentically Pauline material, and that the epistle is a composite of multiple letter fragments from Paul to the church in Philippi. These letters could have been written from Ephesus in 52-55 AD or Caesarea Maritima in 57-59, but the most likely city of provenance is Rome, around 62 AD, or about 10 years after Paul's first visit to Philippi.

Starting in the 1960s, a general consensus has emerged among biblical scholars that Philippians was not written as one unified letter, but is rather a compilation of fragments from three separate letters from Paul to the church in Philippi. Philippians contains the following letter fragments:

In support of the idea that Philippians is a composite work, scholars point to the abrupt shifts in tone and topic within the text. There also seem to be chronological inconsistencies from one chapter to the next concerning Paul's associate Epaphroditus.

Today, a majority of scholars believe that Philippians is a composite of multiple letter fragments. Nevertheless, a number of scholars continue to argue for the unity of Philippians.

Regardless of the literary unity of the letter, scholars agree that the material that was compiled into the Epistle to the Philippians was originally composed in Greek, sometime during the 50s or early 60s AD.

It is uncertain where Paul was when he wrote the letter(s) that make up Philippians. Internal evidence in the letter itself points clearly to it being composed while Paul was in custody, but it is unclear which period of imprisonment the letter refers to. If the testimony of the Acts of the Apostles is to be trusted, candidates would include the Roman imprisonment at the end of Acts, and the earlier Caesarean imprisonment (Acts 23-26). Any identification of the place of writing of Philippians is complicated by the fact that some scholars view Acts as being an unreliable source of information about the early Church.