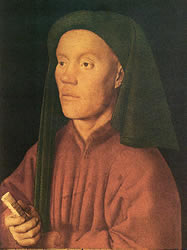 The First Epistle of Paul to Timothy, usually referred to simply as First Timothy and often written 1 Timothy, is one of three letters in the New Testament of the Bible often grouped together as the Pastoral Epistles, along with Second Timothy and Titus. The letter, traditionally attributed to the Apostle Paul, consists mainly of counsels to his younger colleague and delegate Timothy regarding his ministry in Ephesus (1:3). These counsels include instructions on the organization of the Church and the responsibilities resting on certain groups of leaders therein as well as exhortations to faithfulness in maintaining the truth amid surrounding errors.

The actual author of First Timothy has been traditionally identified as the Apostle Paul. He is named as the author of the letter in the text (1:1). Nineteenth- and twentieth-century scholarship questioned the authenticity of the letter, with many scholars suggesting that First Timothy, along with Second Timothy and Titus, are not the work of Paul, but rather are unattributable Christian writing some time in the late-first-to-mid-2nd centuries. Most scholars now affirm this view. As evidence for this perspective, they put forward that the Pastoral Epistles contain 306 words that Paul does not use in his unquestioned letters, that their style of writing is different from that of his unquestioned letters, that they reflect conditions and a church organization not current in Paul's day, and that they do not appear in early lists of his canonical works.

Modern scholars generally place its composition some time in the late 1st century or first half of the 2nd century AD, with a wide margin of uncertainty. The text seems to be contending against nascent Gnosticism (1 Timothy 1:4, 1 Timothy 4:3) (see Encratism), which would suggest a later date due to Gnosticism developing primarily in the latter 1st century. The term Gnosis ("knowledge") itself occurs in 1 Timothy 6:20. If the parallels between 1 Timothy and Polycarp's epistle are understood as a literary dependence by the latter on the former, as is generally accepted, this would constitute a terminus ante quem of AD 130-155. However, Irenaeus (writing c. AD 180) is the earliest author to clearly and unequivocally describe the Pastorals.

The earliest known writing of 1 Timothy has been found on Oxyrhynchus Papyrus 5259, designated P133, in 2017. It comes from a leaf of a codex which is dated to the 3rd century.