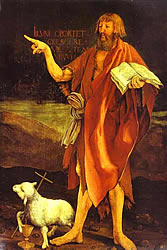 The First Epistle of John, often referred to as First John and written 1 John or I John, is the first of the Johannine epistles of the New Testament, and the fourth of the catholic epistles. There is no scholarly consensus as to the authorship of the Johannine works. The author of the First Epistle is termed John the Evangelist, who most scholars believe is not the same as John the Apostle. Most scholars believe the three Johannine epistles have the same author, but there is no consensus if this was also the author of the Gospel of John.

This epistle was probably written in Ephesus between 95 and 110 AD. The author advises Christians on how to discern true teachers: by their ethics, their proclamation of Jesus in the flesh, and by their love. The original text was written in Koine Greek. The epistle is divided into five chapters.

The main themes of the epistle are love and fellowship with God. The author describes various tests by which readers may ascertain whether or not their communion with God is genuine, and teaches that the proof of spiritual regeneration is a life of active righteousness. It also distinguishes between the world (which is full of evil and under the dominion of Satan) and the children of God (who are set apart from the world).