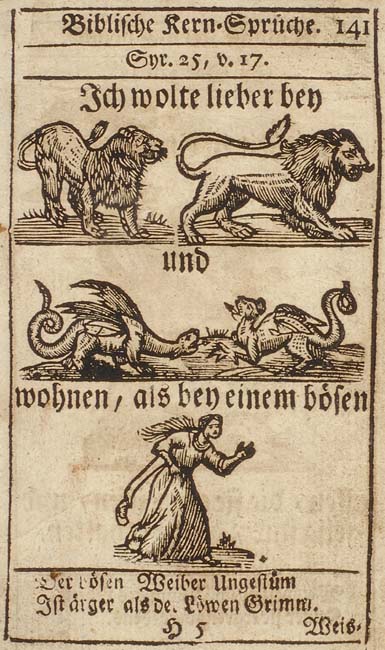 The Book of Sirach, also called the Wisdom of Sirach or simply Sirach, and also known as the Book of Ecclesiasticus or Ben Sira is a Jewish work originally in Hebrew of ethical teachings, from approximately 200 to 175 BCE, written by the Jewish scribe Ben Sira of Jerusalem, on the inspiration of his father Joshua son of Sirach, sometimes called Jesus son of Sirach or Yeshua ben Eliezer ben Sira.

In Egypt, it was translated into Greek by the author's unnamed grandson, who added a prologue. This prologue is generally considered the earliest witness to a canon of the books of the prophets, and thus the date of the text is the subject of intense scrutiny. The book itself is the largest wisdom book from antiquity to have survived.

Sirach is accepted as part of the Canon by Catholics, Eastern Orthodox, and most of Oriental Orthodoxy. Anglican tradition considers Sirach (which was published with other Greek Jewish books in a separate section of the King James Bible) among the apocryphal or deuterocanonical books, and read them "for example of life and instruction of manners; but yet (do) not apply them to establish any doctrine." The Lutheran Churches take a similar position. It was cited in some writings in early Christianity. There are claims that it is cited in the Epistle of James, and also the non-canonical Didache (iv. 5) and Epistle of Barnabas (xix. 9). The Catalogue of Cheltenham, Pope Damasus I, the Councils of Hippo (393) and Third Council of Carthage (397) (397), Pope Innocent I, the second Council of Carthage (419), the Council of Florence (1442) and Augustine all regarded it as canonical, although Jerome, Rufinus of Aquileia and the Council of Laodicea ranked it instead as an ecclesiastical book. The Apostolic Canons (not recognized by the Catholic Church) stated as venerable and sacred the Wisdom of Sirach. Pope Innocent I officially confirmed the canon of the Bible shortly after the Third Council of Carthage. The Roman Catholic Church then reaffirmed Sirach and the other deuterocanonical books in 1546 during the fourth session of the Council of Trent, and attached an excommunication to the denial of their scriptural status.

Sirach is not part of the Jewish canon, once thought to have been established at the hypothetical Council of Jamnia, perhaps due to its late authorship, although it is not clear that the canon was completely "closed" at the time of Ben Sira. Others have suggested that Ben Sira's self-identification as the author precluded it from attaining canonical status, which was reserved for works that were attributed (or could be attributed) to the prophets, or that it was denied entry to the canon as a rabbinical counter-reaction to its embrace by the nascent Christian community.

Some Jews in the diaspora considered Sirach scripture. For instance, the Greek translation made by Ben Sira's grandson was included in the Septuagint, the 2nd-century BCE Greek version of the Jewish scriptures used by Diaspora Jews, through which it became part of the Greek canon. The multiplicity of manuscript fragments uncovered in the Cairo Genizah evidence its authoritative status among Egyptian Jewry until the Middle Ages.

Because it was excluded from the Jewish canon, Sirach was not counted as being canonical in Churches originating from the Reformation, although they retained the book in the Apocrypha.